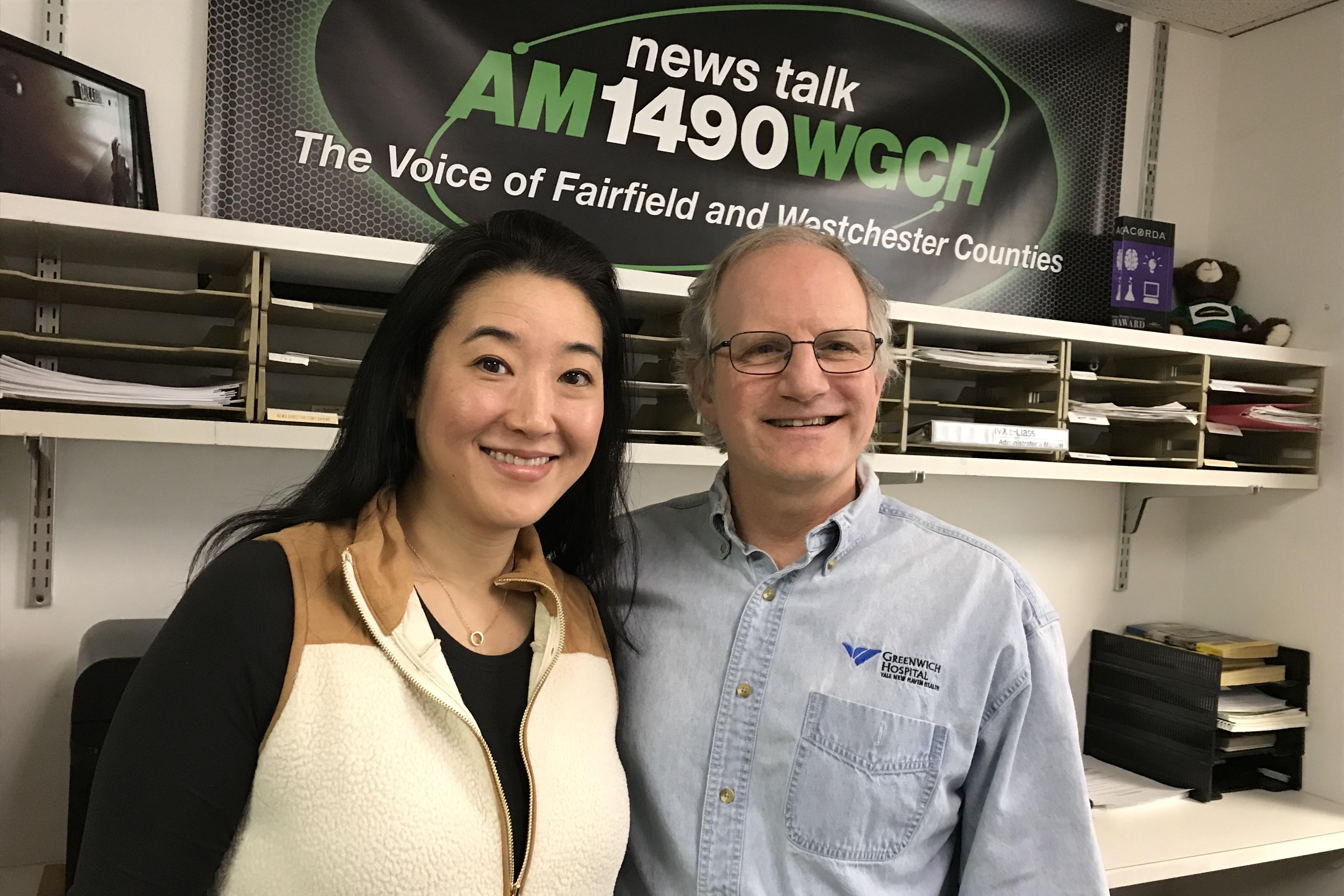 Hello Tony, thank you very much for inviting me to speak about this very important topic. I was here several years ago on this show, and it is a pleasure to be back.

Cervix cancer is a cancer arising from the cervix. Just a quick primer in anatomy-- the cervix is the opening to the uterus. Its function is to keep a pregnancy in. It is what dilates during labor to allow for childbirth.

Since 1975, the rate of cervix cancer has dramatically declined by approximately 40% in the U.S. However, the 5 year survival rate has not changed. What that means is that we are doing a better job at prevention than at treatment. So our focus really needs to be on continuing to reach out to those at-risk populations.

What is the main cause of cervical cancer?

There are two major types of HPV. The high risk virus which can cause cancer and the low risk type which causes warts, also known as condyloma.

80% of women will be infected with HPV at some point in their lives. More than 90% will go on to clear the virus by two years. I have many patients who come to me alarmed that they have the virus and are concerned that they will therefore develop cervix cancer. I always want to reassure everyone that while the virus is extremely common, cervix cancer is still rare. A woman’s lifetime risk of developing cervix cancer is 0.6%.

Can cervical cancer be prevented? What are the screening options?

Yes, I think that the biggest take home message from today’s broadcast is that cervix cancer is entirely preventable.

Early abnormal changes of the cervix can be detected by the Pap (Papanicolau smear) and HPV DNA test. The virus must be present in order to develop precancerous changes, also called dysplasia. The most recent development is the option of primary HPV screening. Instead of having a Pap test in which a sampling of cells from the cervix are examined under a microscope, the HPV DNA test is used primarily to screen. (Not done prior to age of 25). The HPV DNA test has been found to be a more sensitive way to identify patients at risk for precancerous cells than by looking at cells under a microscope.

How often should women be screened? Some experts say every year, others 3 to 5 years. What do you recommend?

The recommendation for screening has been increased to every 5 years for women over age 30 who have a negative Pap and negative HPV DNA test (also called co-testing). If cytology alone, meaning just the pap smear, is being used, then the screening interval is 3 years. These recommendations are from consensus guidelines for the general population. If someone has a history of dysplasia or precancerous changes, then we screen at much closer intervals.

What about the HPV vaccine that is available for boys and girls. Do you recommend parents get their children vaccinated?

The current vaccine is the second generation HPV vaccine. It’s called Gardasil-9, and was approved by the FDA in 2014. It protects against 7 of the most common high risk HPV types and 2 of the low risk types- so also protects against genital warts. This is a vaccine that is recommended for girls and boys ages 11-12. They receive two shots 6-12 months apart. For kids age 15 and over, the full series of three shots is recommended. While initially the vaccine was approved by the FDA for those ages 9-26, last year it was approved to be given up to age 45.

One question I often hear is if someone already has the HPV virus, should they get the vaccine? While it will not promote the ability of the body to clear up a current infection, it can help prevent a future infection. The recommendation is for people to get the vaccine prior to becoming sexually active. This is why it is recommended ideally at age 11-12. A recent study showed that only 16% of children are getting the HPV vaccine by age 13. I think we need to do a better job at getting everyone vaccinated.

Smoking—the toxins from cigarettes can be found in the cervical mucus. It causes the virus to proliferate more rapidly—it’s basically like fertilizer for HPV. (I explain this to all my patients with HPV in hopes that it will encourage them to quit, and also prevent others from starting to smoke.)

HIV --immunocompromised patients are likely to have harder time fighting off the HPV virus. A strong immune system is critical to clear the virus.

Having given birth to 3 or more children

Long time use of oral contraceptive pills (over 5 years)—which conversely is protective against other cancers, such as ovarian and endometrial cancer. So we never discourage the long term use of the pill. And presumably, if you are getting the pill, you’re getting your pap smears.

Having multiple sexual partners – because more likely to contract the HPV virus.

Signs and symptoms of cervical cancer include abnormal bleeding or discharge. Typically we see bleeding after intercourse or heavier or longer periods. Any abnormal bleeding should prompt an evaluation by a gynecologist. Particularly in the post-menopausal patients- any bleeding, even just pinkish discharge must be immediately evaluated. Signs of advanced disease could include pelvic pain, back pain, leg swelling or kidney failure- which could manifest as extreme fatigue, nausea or shortness of breath.

How is cervical cancer diagnosed?

It’s diagnosed by either exam with the naked eye and seeing a visible mass on the cervix followed by biopsy, or by Pap smear and positive HPV test followed by colposcopy of the cervix- which is when we examine the cervix with a microscope and take biopsies.

How is cervical cancer treated? Any new developments in treatment and research?

The most recent development which was published in the New England Journal of Medicine several months ago is that minimally-invasive surgery for cervix cancer has been associated with a higher recurrence rate and poorer overall survival than open surgery. This was an unexpected finding. Prior to this, laparoscopic and robotic surgery were the primary modality of treatment for this type of cancer. We considered open surgery, “old school.” In my practice, I have performed many robotic surgeries for cervix cancer but have not seen the high percentage of recurrences that were seen in this trial. But many surgeons are abandoning minimally-invasive surgery for cervix cancer. It’s very important to note that other studies looking at minimally invasive surgery for other kinds of cancer- such as endometrial or uterine cancer show no difference in outcome. So it was really just for cervix cancer that we are talking about.

For those who need surgery, what are the options?

For young patients who desire to preserve their fertility, a procedure called a trachelectomy is often performed. But it’s only an option if the tumor on the cervix is small. During a trachelectomy, the cervix and surrounding tissue is removed while preserving the uterus and ovaries. So pregnancy is still possible. A cerclage, which is a suture around the base of the uterus, is performed to keep a pregnancy in place.

In those with larger tumors, but still confined to the cervix, a radical hysterectomy is performed. It’s a much more complex surgery than a hysterectomy that is performed for benign disease- such as for fibroids.

When the cancer has spread beyond the cervix, then surgery is no longer an option and a combination of radiation and chemotherapy are used.

Thank you, Tony, for your insightful questions and to everyone for listening!